The Free Will Baptist

In 1873 the General Conference of Original Free Will Baptists in North Carolina launched the publication of this church paper. Up to that time, they had functioned without the benefit of a news medium other than the printed minutes of the annual conferences. Following the distribution of a prospectus, Robert Ellis began to publish weekly issues of the Free Will Baptist Advocate at Fremont, NC. After one year, he began publishing the paper at Toisnot (now Elm City) and changed its name to Toisnot Transcript, a change which brought dissatisfaction to many with the result that the publication had to be suspended about 1877. The General Conference reactivated it with a new editor and manager who published it under its original name. Because of a lack of support, it was again suspended in 1879.

When the conference was convened in 1880, Elder Rufus K. Hearn was asked to submit a plan by which he could successfully publish a Free Will Baptist newspaper. He urged the conference to obtain full ownership of the printing press, hire an editor, and publish the paper at the expense of the conference with the support of individual subscriptions and contributions from the churches. The conference adopted Hearn’s plan, hired him as editor, and he began publishing the paper at Fremont. Hearn dropped the word “Advocate" from the publication's name. The next year he moved to New Bern and published it there. Each year he reported the amount of receipts and expenses to the conference, and each year there was a deficit. Although the conference was asked to contribute toward expenses, there was never enough to balance the account. In 1886, a committee recommended that the printing press be loaned to Elder Hearn with the provision that he publish the paper “as a Free Will Baptist organ at his own expense.” Hearn continued to publish it on these terms until February 1889. In that year, a stock company was formed and the conference conveyed its interest in the printing press to the Free Will Baptist Publishing Company. 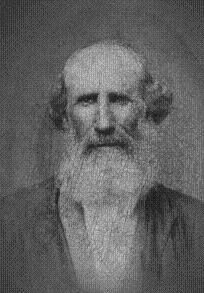